The Grand Valley Soccer Association (GVSA) in partnership with the Grand Valley Soccer Officials Association (GVSOA) is launching the RESPECT CAMPAIGN at the start of the fall 2013 soccer season in early September. The initiative is based on a similar program launched in England several years ago that was later followed by other European soccer leagues. This new program is designed to address and reverse the growing problem of unacceptable behavior and even violence at youth soccer matches in West Michigan.

“We are the first league in Michigan to take the initiative with this program which is intended to make players, parents, coaches, clubs and referees aware of the need for appropriate behavior and good sportsmanship”, says John Hall, president of GVSA.

The program includes a Code of Conduct that must be agreed to and signed by all players, parents, club officials, coaches and referees. This code outlines what is and is not acceptable behavior at GVSA youth matches and possible outcomes from violation and bad behavior at any GVSA events including games, training and practices. A pilot launch with all GVSOA referees began this spring and has proved successful in starting a major education process.

The program kit includes promotional materials and launch plans for the nearly 30 clubs who comprise the GVSA, representing more than 6000 youth players in West Michigan.

Soccer violence and socially unacceptable behavior has been a serious issue for what many around the world call “the beautiful game”. GVSA in partnership with the GVSOA is committed to the RESPECT CAMPAIGN to combat this growing threat to youth soccer. More information can be found at: WWW.GVSOCCER.ORG or by contacting: John Hall – President GVSA, 616-676-1631 or Jack Wolf – GVSOA Administrator, 616-856-3190. 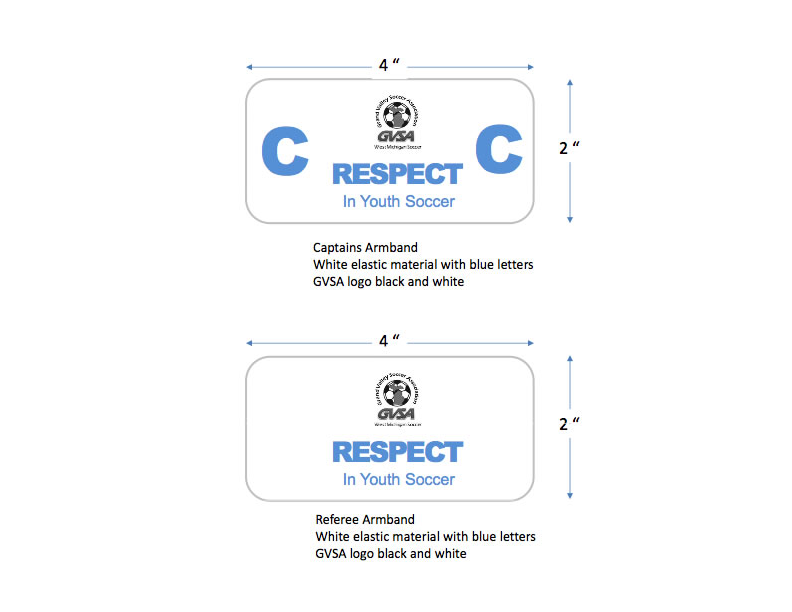 Player and Family Code of Conduct